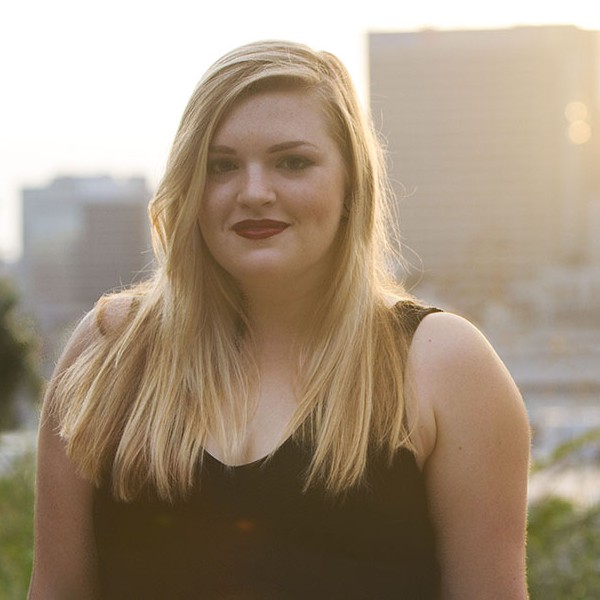 Earlier this summer, the youth company of Richmond’s CharacterWorks performed Chitty Chitty Bang Bang. For the kids on stage, this was a new and thrilling venture, but for former CharacterWorks actress Madeline Laine, this year’s production was but an homage to her teen years – an era yielding a number of songs, her own style, and the signature swipe of red lipstick that is Madeline Laine today.

Madeline recalls playing the role of the Baroness when the company performed the show during her sophomore year of high school. “Once I had the red lipstick on and I saw the pictures, I was like, ‘I can wear that, I can rock that, let’s do it.’ And since then, that’s been my go-to. It’s so bold and fun,” Madeline says.

The red lipstick, however, is where her similarities to Baroness Bomburst end, and her musical aspirations verify exactly that. While the Baroness despises children, Madeline structures her life and her music around interacting with and impacting youth. “I just want my music to resonate with people and young girls especially. I want it to be a safe place where they can go and listen and then know everything’s going to be fine. The whole point of music, I like to think, is that it helps people.”

After transitioning from an all-girls private school to a Catholic college, and then finally enrolling at a music conservatory, Madeline understands the challenge of being genuinely known by others and the process of becoming content. “Especially going into Berklee [College of Music], knowing that it is such a prestigious music school, it was super intimidating. I was worried I didn’t have the talent necessary,” she admits. “But you’ve got to keep in mind that you can’t compare yourself to anyone. As long as you stay true to what you want to write, then you’re doing your job.” 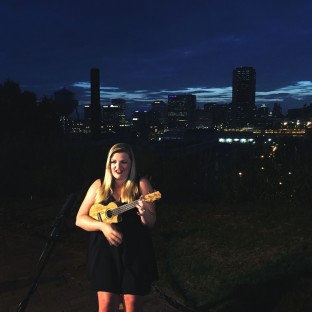 Her original songs smell like sweet fun-fetti cupcakes rising in the oven at a sleepover and wafting into a room of bubbly girls dancing to Pat Benatar’s “Love is a Battlefield” and LMNT’s “Hey Juliet.” But Madeline does more than stand “heartache to heartache” with girls who have experienced the rise and fall of young love. Her lyrics reveal specific instances of her own life, sung with an improbable freedom most artists are unwilling to share with their listeners. “Those teen years are when you are finding yourself. I just want people to know it’s okay to be yourself. You don’t have to be perfect. You can be flawed and be a human. That’s what we are – flawed humans. Have I made horrible mistakes? Yes. But the best thing you can do is to be yourself.” As a nanny and the oldest of four children, Madeline provides a genuine comfort to those who listen to her lyrics and her speech, and works to challenge those around her to know that “it’s enough to just be you.”

“A lot of songs I write are very personal to me and that’s something I’ve been insecure about – being so specific. I thought that would be something people couldn’t relate to, but it’s not the case.” Madeline points to Butch Walker as one of her songwriting idols because of his ability to utilize this specificity in a relevant manner. “He is so real in all his songs. He uses names, but I still connect with it because I can hear his emotion in it, and that makes me feel like I can do that with my music too.” Over her 20 years of life, Madeline has critically evaluated her own relationship to music: as a recipient of the medium, she has felt comforted, understood, and inspired. Now, as a musician herself, she is mimicking that image to speak life into others.

Though her songs maintain a common pop structure, Madeline is inspired and motivated by the artists surrounding her at Berklee. “You’ve got the artist mentality everywhere with people banging out beats on the tables. Everyone is talking about some genre of music I’ve never heard of. Maybe they made it up. I am learning so much about things I never would have known about at all.”

Her learning, however, has developed far outside music theory classes and songwriting tutorials. From the moment she stepped into Boston, Madeline marched to Union Street on the North End where she ventured into Paddy O’s Bar. Accompanied by her supportive mother, who has a hand in theater herself by designing costumes and participating in live art, the pair connected with Mike, a friend of the bartender. “Every Monday since then I’ve been back,” Madeline explains. With Mike on guitar and Madeline center stage, the musicians cycle through a range of 50 to 60 songs from artists such as Alanis Morrisette, OneRepublic, and Janis Joplin. “It is so great to have a regular gig that is not on campus,” she says.

Madeline is a shepherd to young girls in more than one way. Not only do her lyrics liberate her listeners to move themselves out of shame and into confidence, she also accomplishes this by revealing her incredible goofiness in every discussion. “I just want to have a conversation with Leonardo DiCaprio because maybe if I talk to Leo, it will sway me one way or the other. Like, I’ll stop being in love with a 40 year-old actor, or it will just increase, I mean, we don’t know!” Madeline expresses, laughing and reminding us that the man is not married and has no children of whom she is aware.

Just as her model of influential music suggests, you jump, I jump, Madeline. She poses questions about identity and contentment that we could all ask ourselves a bit more often. “Life is a journey. Stay grounded.”

This artist has exciting ventures ahead. To keep up with Madeline Laine, follow her on Instagram, Facebook, and Twitter, and check out her music posted on SoundCloud. Make sure to check out Madeline Laine at The Tin Pan’s open mic on Monday nights this summer!